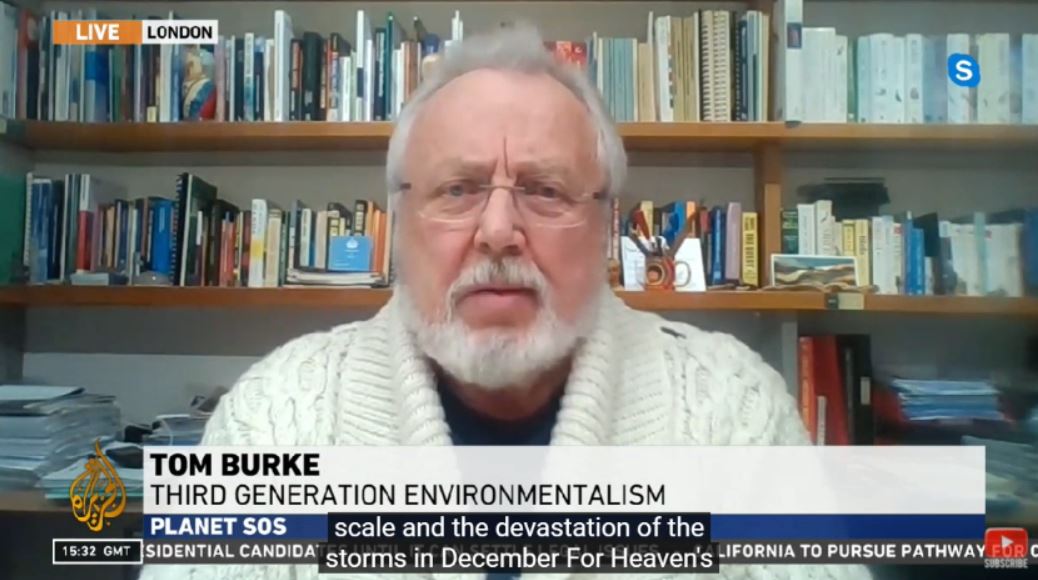 These tornados that we are seeing are not completely unprecedented, but the scale of the impacts that we are seeing is quite unusual. Part of the reason for that is that there seems to be a structural shift going on with the tornados, they seem to be moving further east, but there also seem to be bigger clusters of tornados occurring. Of course, as they move to the east they go into more populated areas of the United States and away from the centre of the plains, so then the potential for them to damage people is much greater. So. I think we are seeing something going on, how much this has to do with climate change has still got to be determined. But when you look st the pattern of fires across the United States, of droughts, and of flood in the Mississippi Valley, what we are seeing is clearly connected in some way to a changing climate.

The La Nina pattern is an oscillation in the pacific ocean where warmer water comes on the east of the west of the Pacific Ocean and that brings with it changes around the globe. That is a normal feature, that happens all the time. The reason to think about climate change is that what we are seeing is much greater variability. In other words, the extremes are more extreme. It is not that we are seeing something that never happened before, it is that when they happen they are much more violent, and the changes are much more violent than they were before. If you think of the climate as an oscillating system, and if you pump heat into that then you would expect the oscillations to increase. So that is why it is reasonable to suspect that a climate change signal is likely to be part of this particular event, but we will wait to see what the attribution science says. We know less about tornados than we do about some of the other weather phenomena, so it will take a bot of time before we can say how much more likely these weather events were because of climate change.

These are some excerpts from an interview for Al Jazeera. The full dicussion can be heard here: