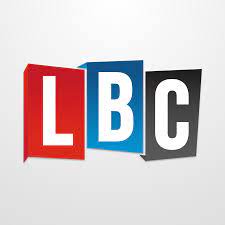 What we have from COP26 so far is another draft, we haven’t actually got an outcome yet. There is another whole period of negotiation going on as we run through the day, which is all pretty normal. I am more hopeful than I was at the beginning of the COP process. We are not going to get to where we need to get to, but we are taking a step in the right direction. What has really become clear is that government everywhere are for the first time getting really serious about what needs to be done to deal with climate change. That in itself is going to make a change.

The US/China relationship going forward was quite and important signal, because it was completely unexpected, and nobody was imagining that it was going to happen in this way. I think that the thing I feel most encouraged by is the fact that there is now very clear recognition that we have got to get rid of coal and essentially get out of fossil fuels. None of the previous summits have actually made it clear that governments think that getting out of fossil fuels is part of what we have got to do to tackle climate change. So that is one good thing. I am also quite encouraged by the fact that there is a real strengthening of finance, and the mobilisation of finance, private finance in particular but also public finance to leverage that. In particular, help with the social justice piece. The fact is that the people already suffering the worst impacts of climate change are the people that are the least able to cope with it.

The thing to remember is that climate change is already damaging countries. It is not some future problem that we might have to deal with some way down the road. It is a real problem that is causing damage now, not just in the poorer nations in the tropics, it is also happening in Britain, across Europe, in the United States, in Australia. When you see the fires, the floods and all the things that are already happening, it is clear that a component of that is driven by a changing climate.

Carbon capture and storage, where you capture the carbon emissions that go into the atmosphere and store them underground, is very expensive to do. The private sector has already made it clear that is not at all keen to invest in new coal power plants, or in new coal mines. We have seen commitments from governments, including the Chinese government, not to create international funding for new coal finance. We are still seeing some countries that are hanging back from actually committing fully to getting rid of coal. I suspect that this is simply because of the domestic political implications. It doesn’t mean that they won’t do it. It just means that they won’t be hung out on the consequences of saying so.

It is good that the commitment for deforestation to stop by 2030 is in there, it is really a repeat of pledges that have been made before, but there are a few more countries joining in. The really important thing about deforestation now, that that at least you can hold people accountable a bit more than you could in the past, if they fail to meet those pledges. We now have remote sensing in real time, or very close to real time, so we can pay attention to exactly what is happening in those countries, and at least that information will be in the public realm. International treaties are not laws, we don’t have an international police force that can enforce them if people fail to keep to their agreements. But you can create both international and domestic pressure on countries that fail to stick to what they have said they will do.

These are some excerpts of an interview for LBC. The full discussion can be heard here: