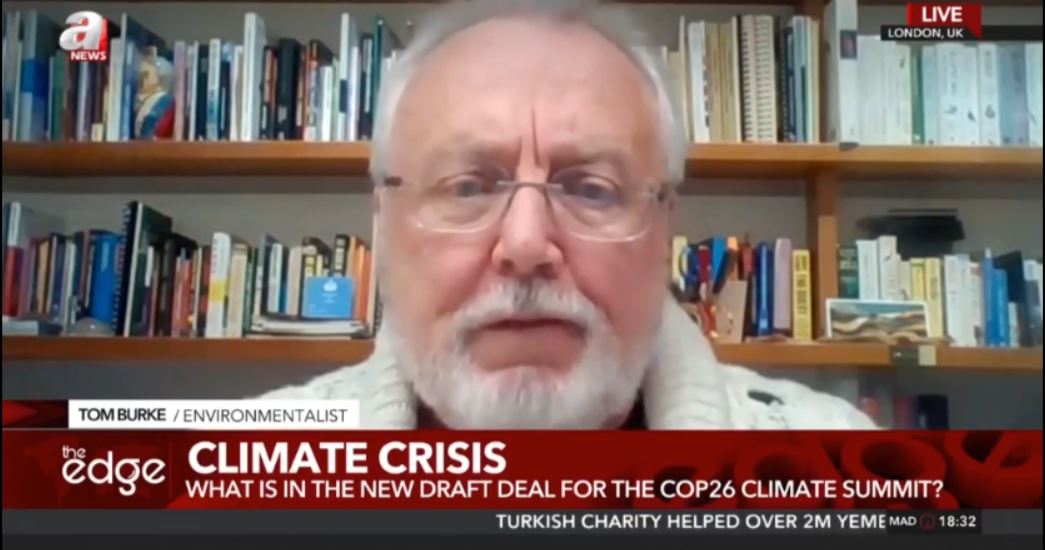 I think that it would be quite wrong to say that COP26 is just another summit that hasn’t led anywhere. It has led somewhere, but it hasn’t led us to where we need to be. I think the ministerial segment at the start gave quite a lot of political impetus to the discussions on all the different details on how we are going to do things, that are still taking place as we speak. So we don’t know exactly how it is going to end up. I think that it is going go end up at a better place than I thought it would at the beginning. But it is still going to be a long way short of what we need to do to stay well below 2 degrees, and meeting that goal of keeping 1.5 degrees alive. So, there is a lot more to do, but there is now some momentum. I think that a significant development is that for the first time we have seen governments really being much more serious about the problem, but just not yet the solutions, than we have ever seen them being before. I think that is something positive to take away from this.

The core date that we have to hang on to, is that we have to stop burning fossil fuel by 2050. That is the key goal and the key date. If we do that then we have got some chance of being able to avoid the worst affects of climate change. One of the things that I think has become very clear from this conference, and clear to politicians in particular, is that this is not a future problem. This is a problem that is already doing damage to people all over the world right now. All that can happen if we do not accelerate the rate at which we try to solve the problem is that it will get worse, and go on getting worse, and go on affecting more and more people’s lives immediately.

It is quite clear to me that the public all over the world has had experiences that validate the science in the public mind. Governments must do their piece to create a framework that people can have confidence in, and that is going to develop going forward, doing more and more. One of the really interesting things to come out of the Cop, is the way in which the private finance community, in particular, has got the message that climate change is really bad for investment. Therefore, what we are seeing is the mobilisation of private financial firepower is being driven by the financial institutions themselves. If we can match that with an increase in the firepower provided by public institutions, like multi-lateral investment banks, the IMF, and so on, the institutions that the governments control, I think then we can really drive forward the investment that is central to achieving the goal that we have got.

The single most significant thing that every individual can do, if it is possible for themto do so, is to vote for candidates who will do more on the climate, irrespective of what party they are belong to, find a candidate and vote. That is the signal that will let political leaders know that they have to play a more important part.

What I find really inspiring about the COP is that there are 30 or 40 thousand people from all over the world having a conversation about a problem that we share. I find it enormously inspiring and hopeful that there is a global conversation going on. That tends to get a bit overlooked by people who think that these conferences are all a bit of a waste of time. The big question now is whether governments are going to agree that we need to maintain the integrity of those pledges by making sure that we can track what each other are doing and make sure that we can have confidence that when people say that they will do something, that they will actually do it. There is still a debate going on about how to do that, but if they manage to reach an agreement on the integrity of the process going forward, that will be another reason for hope.

These are some excerpts of an interview for A News. The full discussion can be heard here: