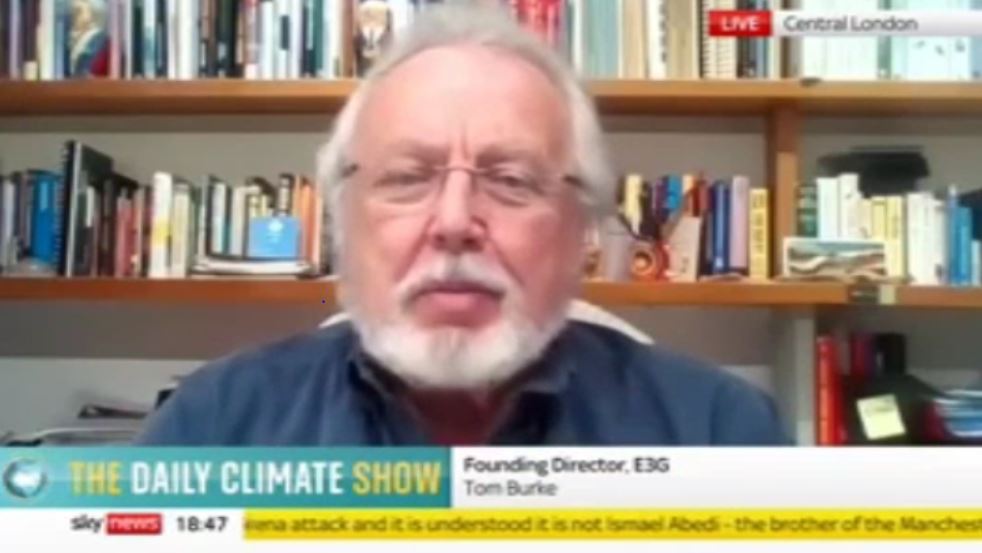 In some sense, it is all of our responsibility to pay for the green transition, because it’s all of us who are creating the problem, but how we pay is very much a question of which policies the government choose for distributing those costs. If governments choose bad policies then the costs will fall unfairly on the people who can least afford it. But if governments choose the right policies what we will be doing is making sure that the taxpayer pays some of it, consumers pay some of it, and businesses pay some of it. That is a question of how the government chooses to set up policy framework, so that we can all respond in a way that’s appropriate to our own particular circumstances, and of course our own needs.

No, we haven’t got political consensus on how and when we pay. There are some people who think we can delay paying for this, and for government playing the part it needs to play in paying for this. That is really very silly at the end of the day. I listened to the chancellor the other day, talk about his reluctance to borrow more money, because it would impose costs on our children. Well, if he’s not prepared to borrow the money to invest in undoing the damage that we are doing to the climate, then he certainly will be making our children pay. But it won’t be paying in money, they will be paying in very damaged a lives. So I think it’s really important for government to play its part and it is very important that businesses pays, and it is right that there is something completely silly about paying fossil fuel companies subsidies, at the same time as you’re trying to get other people to pay for the damage being done by those subsidies.

Carbon offsetting is a very important tool to have in our tool kit for dealing with climate change. But it’s only going to be useful tool if people believe it’s real, the integrity of the offsets. In other words, if you’re putting an atom of carbon into the atmosphere today. You can’t somehow borrow from the future. I think what a lot of the schemes seem to bedrifting into somehow thinking we will put coming up now, and we will take it out later. I think that will really not sustain public confidence, and not sustain even economic confidence in offsetting, and that would destroy one of the tours will need to play a part, not a dominant part, but certainly a part.

I suspect we’re going go on needing carbon offset but there are limits to the part it can play. We have to scale down investment in fossil fuels at the same time as we are scaling up investment in the renewables, the net zero alternatives. That’s a difficult task, we can’t just switch off the fossil fuels. We’ve got to make a good match between those two things and offsetting will play a role in making that.

These are excepts from the Daily Climate Show on Sky News. The full discussion can be heard here: