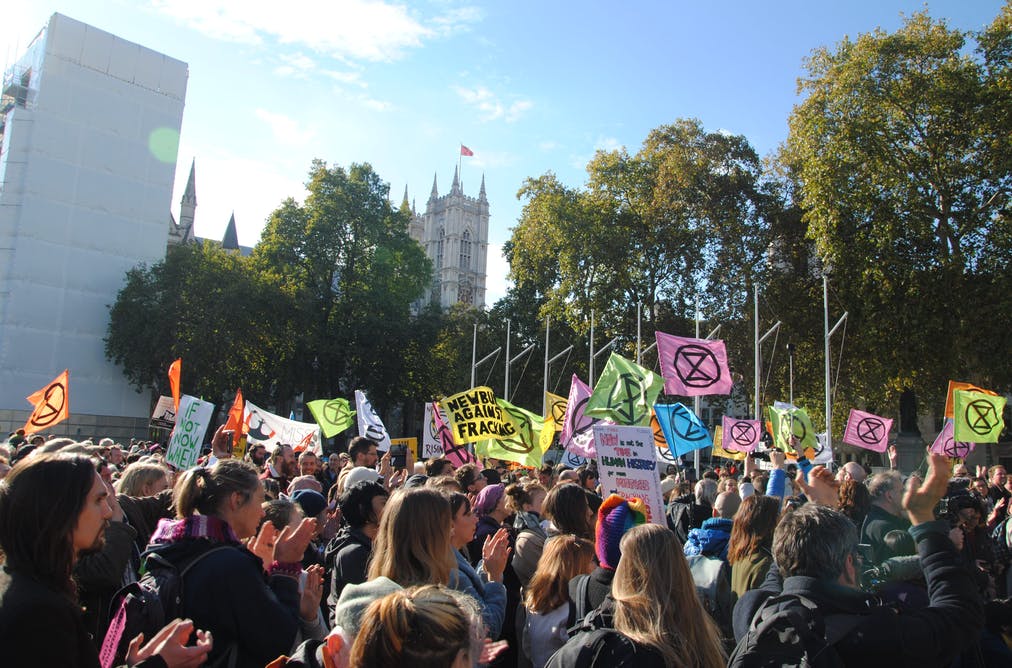 This is a partial transcript of an interview I did with Eddie Mair for LBC reflecting on the message of Extinction Rebellion and was was achieved by the protests.

What I think has been really significant about the way that Extinction Rebellion have lifted the conversation, and made climate change really central to the political conversation, is that this is showing what the public of this country feel, and the depth of feeling about climate around the country. I think that when you look at the pictures of the demonstrators you see the country as it really is, you saw the old and the young, you didn’t just see what you may think of as traditional demonstrators: young white males largely leading and yelling, you saw people behaving as they would normally. I think that was a much clearer expression of the will of the people than you usually get coming out of the mouths of politicians during polls. I think what will last is the impression of the basic decency of the British people, it was very clearly demonstrated, as well as the anxiety and the concern about the future, and what climate change means for the future.

To set this in context, the day before they started the protests the governor of the Bank of England made a speech in which he pointed out that if we don’t get this right, banks may not exist. We saw the Attenborough program on the Thursday. This is not a bunch of people who are radical extremists doing something, this is the mainstream opinion of people in the country, that this is a problem that governments are not doing enough to solve.