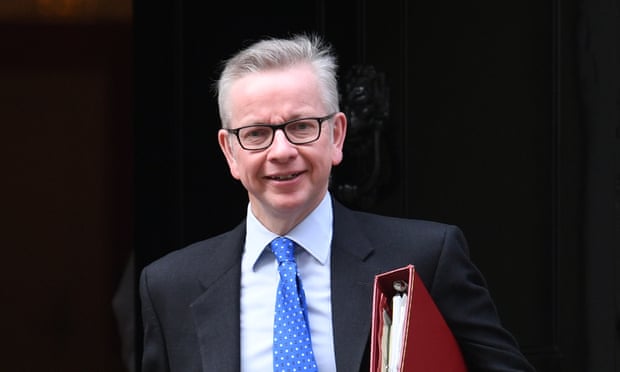 More than two-thirds of all staff employed directly by the Department for Environment, Food and Rural Affairs (Defra) are working on delivering Brexit, according to official figures released by the government.

The response to a freedom of information request also shows that 320 staff have been transferred from other parts of Whitehall to help Michael Gove’s department cope with preparations for leaving the EU.

The figures show that by the end of last year, Defra had placed more than 2,700 staff into “EU exit roles”, amounting to 68% of the total 3,989 staff working for the department, not including its agencies.

Last year, Defra said 400 staff had been seconded to Brexit-related work from the Environment Agency, which is responsible for enforcing rules on recycling, air pollution and flooding, and from Natural England, which protects animal habitats.

Tom Burke, the chair of independent climate-change thinktank E3G, said the figures showed Brexit was consuming time, effort and resources that could be used to tackle environmental challenges facing the country.

The former government adviser on the environment said: “The government has already subjected the Environment Agency and Natural England to savage budget cuts, so that they are no longer able to do their job properly.”

“Whichever way you look at it, Brexit is bad for the environment. It takes us out of the European institutions that have successfully driven up environmental standards across Europe as well as in this country. It removes us from the jurisdiction of the European court of justice, which has insisted that Britain starts reducing its air pollution.

“At a time when the world is increasingly challenged by climate change and Britain is losing the battle to deliver breathable air, failing to meet our own targets for protecting nature and investing far too little in adapting to climate change, Brexit is a massive drain on the money and people necessary to meet the government’s promise to leave the environment in a better state than it found it.”

A Defra spokesperson said: “As you’d expect, Defra and departments across Government are hard at work preparing for the UK’s exit from the EU. It’s the job of a responsible Government to ensure we’re prepared for all scenarios, and we are recruiting and prioritising our resources accordingly.

“The Civil Service has always moved its staff to where they are most needed. But we will continue to deliver on the issues that matter to people, such as tackling single-use plastic and taking steps to improve animal welfare, as well as delivering on the promise of a Green Brexit.”

This article was originally published in The Guardian