Brexiters cynically attribute social ills to incomers. Those who believe them may soon face a harsh truth 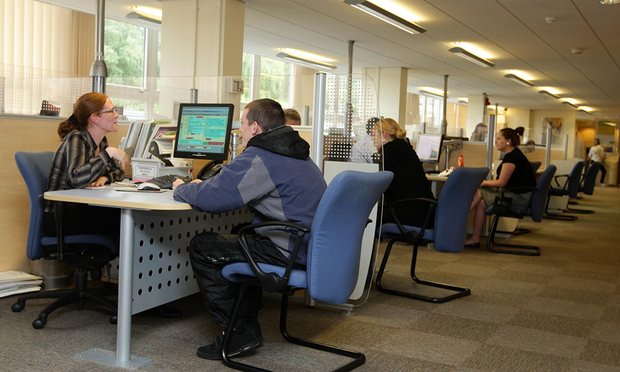 Our country is simmering with anger and frustration. There is no shortage of social grievances that, long unaddressed by politicians, are a source of considerable bitterness. But whether it is a lack of affordable housing and secure jobs, stagnating living standards or underfunded public services, all these grievances have increasingly been seen through the prism of immigration. And that is what the passions generated by this referendum are really all about.

Consider my hometown of Stockport. Here is a post-industrial town with many problems but few immigrants. According to the last census, just over one in 20 of the town’s inhabitants were born outside Britain or Ireland. The biggest single group of foreign-born Stopfordians are Pakistanis, and they represent less than 1% of the population. People are not flocking to my beloved hometown: in fact, its population is slightly falling. And yet in the last general election immigration was enough of a concern to secure Ukip third place in Stockport. In the impending referendum, a substantial proportion of Stopfordians will vote to leave the European Union – above all, because of immigration.

The story is repeated elsewhere. Clacton is the only British constituency to have returned a Ukip MP, and yet the proportion of immigrants living there is far below the national average. London, on the other hand, is a city of immigrants: nearly four in 10 of inner London’s inhabitants are foreign-born and white British people are now a minority there. In London Ukip is a fringe party and polling suggests the capital will decisively vote remain. London is awash with social problems: a housing crisis, increasing levels of low pay and insecure employment. But these problems are not overwhelmingly seen through the prism of immigration – unlike my hometown, where the number of immigrants is low.

Take some of Stockport’s problems. Thousands of families are trapped on social housing waiting lists. Nearly a quarter of the town’s workers are paid less than the living wage, and low pay has been increasing. In the ward I grew up in, nearly one in three children live in poverty and public services are under pressure. However, while the reasons include a failure to build council housing, the lack of an industrial strategy to promote skilled secure jobs, economic policies that have slashed living standards and cut services, these culprits are not readily identified. Immigration has become a convenient framework to understand ever growing social and economic insecurities. And many of Stockport’s citizens believe that the best opportunity to overcome problems that make their lives harder is to vote to leave.

In the run-up to last year’s general election I met a woman in Southampton whosebenefits had been sanctioned. She had been driven to food banks. But she did not blame the government’s policies on social security, she blamed immigrants, because she believed they were taking jobs, leaving her with insufficient job interviews to satisfy the jobcentre. This is not to berate her, or my fellow Stopfordians. This is the fault of people like me.

We have failed to present a compelling story about the causes of the social problems that scar British society. We have argued that these are the consequences of a nation rigged in favour of a tiny elite; a society that prioritises market forces over human needs and aspirations. But if people even heard us, they were not convinced. And in that vacuum immigration has become a catch-all explanation for grievance after grievance. Whatever the result in two weeks, this referendum is only cementing the role of immigration as the root of injustice.

The leave campaign knows all this as it continues to conjure up demons that will be difficult to lay to rest. It is offering dishonesty, snake oil and outright deception. Those expecting that a British exit from the EU will diminish the insecurities they face have an unpleasant surprise in store. Most immigrants come from outside the EU. The leave campaign argues that non-EU immigrants are discriminated against – if the leavers are not being disingenuous, this means that the number of non-EU immigrants would increase after Brexit. In fact we are forced to employ immigrants because of government policies: last year Britain was recruiting one in four nurses abroad after slashing nurse training places.

One of the main concerns about immigration is a fear of wages being undercut. But agency workers are only guaranteed the same rights as full-time workers because of our membership of the European Union and its agency workers directive. The Conservative party resisted the implementation of this directive, and a future rightwing Tory government led by Boris Johnson, Michael Gove and Iain Duncan Smith would cast it on to the bonfire, along with other workers’ rights – so allowing the wholesale undercutting of wages.

The leave campaign even cynically toys with the rhetoric of leftwing populism. Its opponents are bashed for being the stooges of Goldman Sachs: the very people who zealously oppose limits to bank bonuses, and champion deregulation and lower taxes for the City of London.

If Britain leaves the EU, the people I grew up with will not see social housing waiting lists diminish, because the Conservative government will not build the council housing we need. They will not see secure jobs materialise, because there will be no industrial strategy to create them. They will not enjoy a surge in living standards, because the cuts policy will only be accelerated. A vote for leave has become a vote to slash immigration to solve Britain’s multiple problems. Searing disappointment awaits.

Jeremy Corbyn is berated for not speaking loudly enough for remain, and for not making common cause with the prime minister. But emulating Scotland’s Better Together campaign – where Labour linked arms with the Tories in a campaign of fear – could have calamitous results, with Eurosceptic Labour voters being lost to Ukip. Still, whatever the result, Labour has much to fear, for years of mounting social and economic insecurities have been funnelled into opposition to immigration. Ukip hungrily eyes Labour’s support base for tasty morsels. Corbyn’s party will have to address the bitterness shaped by this referendum – and do it fast.

This article was first published in The Guardian