This article first appeared in The Guardian

Whether voters decide to leave or remain, we must address failures in our media, culture and politics 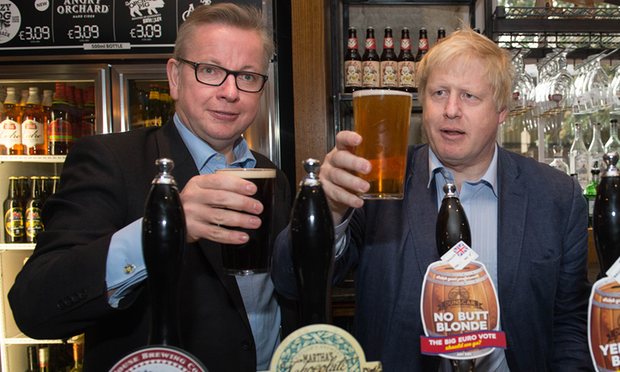 Trust the people, that’s what I always say to myself. By and large, over the long term, they will do the sensible thing. Or so I like to remind myself when British voters, as they often seem to do, choose a government I haven’t voted for. But the EU referendum isn’t like that. Its implications feel far more dangerous. And the contest is too close for comfort. Brexit may win.

If this happens, with all the chaotic and uncoordinated consequences it will have for both Europe and Britain, it won’t be because the leave campaign has the better arguments: it absolutely hasn’t. Or because the weight of evidence is on its side: it emphatically isn’t. Or because it is clear what Brexit actually means: it’s a complete leap in the dark. Or because it is masterfully led: that’s not true either.

If Brexit wins, it will be because a majority of British voters have simply lost confidence in the way they are governed and the people they are governed by. That loss of confidence is part bloody-mindedness, part frivolity, part panic, part bad temper, part prejudice. But it is occurring – if it is – in a nation that has always prided itself, perhaps too complacently, on having very different qualities: good sense, practicality, balanced judgment, and a sure instinct for not lurching to the right or left.

So why is this happening here? Absolutely nothing will get better as a result of Brexit, so the closeness of the polls says something new is afoot among us as a people. Why, when it comes down to it, do more people in this country not start from Delia Smith’s wonderfully common sense assessment of the EU last weekend as “in essence … a group of democratic countries attempting to work alongside each other”? Why is it so hard to persuade the British electorate that a corner of the globe in which such quantities of blood have been spilled for centuries, and where life is mostly incredibly secure, is better off together not apart?

We can all write about a Brexit vote being part of a wider trend in modern politics. It’s about globalisation, the crisis of capitalism, widening inequality, fear of the other, rejection of political elites, and the empowerment of the web. Up to a point, these things are all present in the Brexit campaign.

And there is no question either that the EU is far from perfect, not working in fundamental ways, failed in some particulars, too easily beguiled by the head-in-the-sand centralising notion of “more Europe”, and scandalously passive about the needs of its people. The EU certainly has to change.

And yet if Britain walks away, it will be an act of immense political impulsiveness by one of the last countries in Europe that many would expect to behave that way. France, Spain, Italy, Greece, Hungary maybe, according to the old stereotypes. But Britain? How come? We need to be far more honest and questioning about the specifically British things that underlie such an irrational and irresponsible impulse.

British opinion is where it is on Europe because it is paying the price of past and present bad political habits. What goes around comes around. Partly it is payback time because since James Callaghan there has been no British prime minister, not even Tony Blair, who thought of Europe as “us” rather than “them”.

Margaret Thatcher set the template in her campaign for the budget rebate. Ever since British ministers have gone to Brussels to stop things, get opt-outs, cut budgets and scupper common projects. We have never had the confidence to be a team player rather than act the diva. David Cameron’s EU reform package is merely the latest example. Even Blair, who was certainly more comfortable in Europe, preferred to talk about Britain leading rather than playing its part. And we are reaping what they all sowed.

It’s payback time in other contexts too. We are flirting with Brexit because, more than 50 years after the observation by the US secretary of state Dean Acheson, there is still too much lingering truth about Britain losing an empire and not finding a role. The more reluctant our embrace of our Europeanness, the more exceptionalist colonial-era British habits of thought and culture linger on, still subtly influencing the way parts of this country think about defence, hierarchy, schooling, foreigners – and Britishness.

We are paying the price of our media. British journalism thinks of itself as uniquely excellent. It is more illuminating to think of it as uniquely awful. Few European countries have newspapers that are as partisan, misleading and confrontational as some of the overmighty titles in this country. The possibility of Brexit could only have happened because of the British press – if there were no other good reason for voting to remain, the hope of denying the press their long-craved triumph on Europe would suffice for me. But Brexit may also happen because of the infantilised and destructively coarse level of debate on social media too.

It’s payback time too for our failure to modernise and regenerate our politics. Modern Britain is ensnared by a complacent view of the past. We are not a democratic republic, with shared values, rights and institutions, a common culture and an appropriate modesty about our place in our region and the world.

Ours remains a post-feudal state on to which various democratic constraints have been bolted through history. We therefore lack a shared culture, a settled civic sense, a proper second chamber, symmetrical devolution, effective local democracy and, until the human rights act, a clear and enforceable code of citizens’ rights – which of course the anti-Europeans wish to abolish.

And we are paying the price of the failure of each of our political parties. The Conservatives have never been brave enough to move beyond Thatcherism, a failure that will bring Cameron down soon. They remain trapped by an English-cum-British exceptionalism and, in Tory terms, a historically aberrant disdain for Europe.

Labour, trapped in its own industrial-era past, has never fully embraced the reformist potential of its place in British politics and government, and it shies away from any difficult question about the modern world, especially under the backward-looking Jeremy Corbyn, as his speech on Thursday exemplified. The eclipse of the Liberal Democrats and the marginality of the Greens deprive the debate of positive, modern pro-European voices.

Maybe remain will win in the end. I profoundly hope it will. I still just about trust the people to get it right on the night. But unless, and until, this country stops being so passive about these tenacious bad political habits, a remain win won’t make as much difference as it should, and we will continue to sneer and snigger our way towards becoming a broken Britain in a broken Europe.