Originally published in the Evening Standard

Better together: We are Europe supporters

Monday night in a bar near Silicon Roundabout: the craft beers were flowing, cups of hipster hazelnuts and popcorn were being passed around the cool crowd but this was an unusual gathering in one sense: it was an evening of EU referendum talk.

There wasn’t a grey man in a grey suit in sight. Almost everyone in the room was under 40, in sneakers, and checking their tweet streams frequently. This was a meeting for We Are Europe, a project that came together by accident when a group of friends working in tech and sustainability suddenly realised that, although they felt strongly about the EU referendum, their voices weren’t in the debate.

Bethan Harris, one of We Are Europe’s founders, spotted the problem with the current In offering. “If you google Brexit or the EU referendum it is so uninspiring. Even if you are pro, you just aren’t going to share a picture of a politician.”

With of a crank of the social media engines — a Facebook page, a Twitter handle and Instagram account — they were off. Models Lily Cole, digital entrepreneur Jamal Edwards and actor Jude Law signed up, and with some help from designers and amateur video-makers and acoustic guitar soundtracks for their Facebook videos, a new wing of the In campaign had started.

James Murphy, CEO of agency Adam & Eve/DDB, which made last year’s John Lewis Christmas ad, turned up at the party in east London and was so impressed he has talked about working with them.” 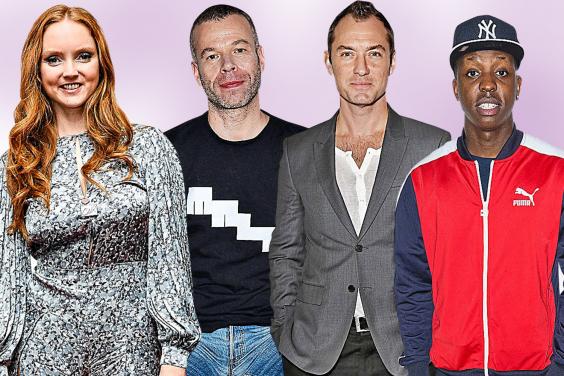 Designer Irene Palacio produced a cardboard stencil, and Harris, along with Harriet Kingaby, both of whom are consultants on branding and social campaigns, photographed friends and random people in the street holding the “In For” sign and asked them to write down their reason for supporting the campaign.

Crucially the answers given were not along the lines of “because George Osborne says I will be better off” or “national security”. They were more emotional: because of European friends, the freedom to travel, a sense of being part of a more connected world.

Co-founder Kingaby says: “We know our friends will talk about it with friends, but they have been scared to do so on social media. This isn’t just about facts, it’s about emotional issues, a sense of identity based on the the things we love about the UK — a diverse, interesting, open and tolerant society. We want to create messaging that is positive.”

The Leave campaign has cornered head and heart in this debate with its cri de coeur for the white cliffs of Dover and arguments about immigration. The Remain campaign has so far only done the head. The heart though is stirring, both with We Are Europe and other spontaneous offerings. Earlier this week artist and photographer Wolfgang Tillmans designed a set of posters for those who want to remain, inviting people to share them on Instagram and display them. Slogans include “No man is an island”. and “What is lost is lost forever.”

That is not to say that some politicians haven’t understood the need to engage people at a different level. Last week Gordon Brown, giving a speech hosted by the Centre for European Reform, urged his audience of economists and financiers to make the arguments for a “passionate, principled and patriotic” Remain vote. Admittedly his messengers may not have been the hottest on Twitter.

What this campaign needs is an amplification through social media, not just to encourage people to vote In, but to make sure they are registered to vote. As Lily Cole puts it: “There is a real chance this referendum is going to be decided by the active minority of people who called for it, rather than by the majority of our country reflecting on what the EU really means.”

However, it would be wrong to think that the Brexiteers haven’t themselves spotted social media’s value. Within weeks of launching, We Are Europe’s social media channels have been targeted by the Outers haranguing them with reasons for why it is time to get out of Europe.

“On Twitter we are getting a lot of trolls or people getting a bit angsty,” says Harris. But their drive to smoke out the shy-Remainers does seem to be working. “We’ve also had a lot of Remain supporters joining us. We all have to start stepping up,” she adds. “If you feel it in your gut, you don’t have to get into arguments but you do have to get positive and say it.” And the place to have your voice heard is online.