This article was first published in The Telegraph 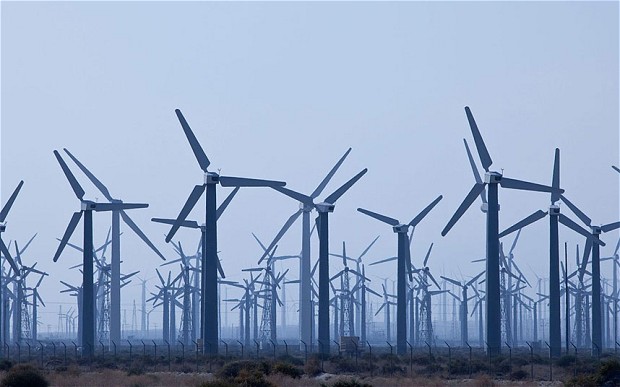 Chinese scientists have published two alarming reports in a matter of weeks. Both conclude that the Himalayan glaciers and the Tibetan permafrost are succumbing to catastrophic climate change, threatening the water systems of the Yellow River, the Yangtze and the Mekong.

The Tibetan plateau is the world’s “third pole”, the biggest reservoir of fresh water outside the Arctic and Antarctica. The area is warming at twice the global pace, making it the epicentre of global climate risk.

One report was by the Chinese Academy of Sciences. The other was a 900-page door-stopper from the science ministry, called the “Third National Assessment Report on Climate Change”.

The latter is the official line of the Communist Party. It states that China has already warmed by 0.9-1.5 degrees over the past century – higher than the global average – and may warm by a further five degrees by 2100, with effects that would overwhelm the coastal cities of Shanghai, Tianjin and Guangzhou. The message is that China faces a civilizational threat. 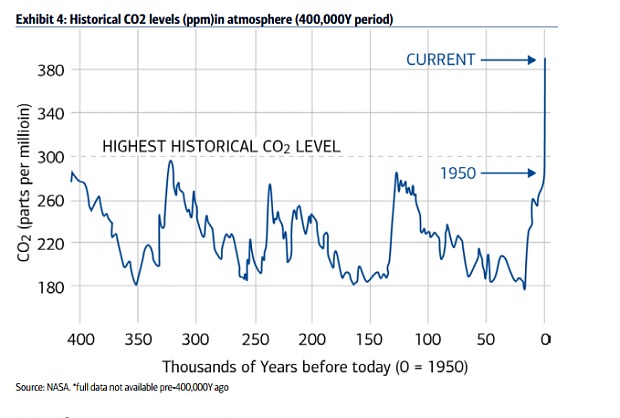 Whether or not you accept the hypothesis of man-made global warming is irrelevant. The Chinese Academy and the Politburo do accept it. So does President Xi Jinping, who spent his Cultural Revolution carting coal in the mining region of Shaanxi. This political fact is tectonic for the global fossil industry and the economics of energy.

Until last Saturday, it was an article of faith among Western climate sceptics and some in the fossil industry that China would never sign up to the COP21 accord in Paris or accept the “ratchet” of five-year reviews.

They have since fallen back to a second argument, claiming that the deal is meaningless because China will not sacrifice coal-driven growth to please the West, and without China the accord unravels since it now emits as much CO2 as the US and Europe combined.

This political judgment was perhaps plausible three or four years ago in the dying days of the Hu Jintao era. Today it is clutching at straws. 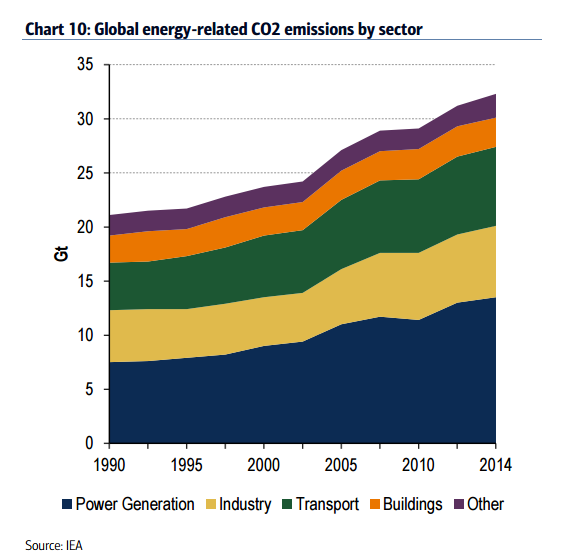 Eight of the world’s biggest solar companies are Chinese. So is the second biggest wind power group, GoldWind. China invested $90bn in renewable energy last year and is already the superpower of low-carbon industries. It installed more solar in the first quarter than currently exists in France.

The Chinese plan to build six to eight nuclear plants every year, reaching 110 by 2030. They intend to lever this into worldwide nuclear dominance, as we glimpsed from the Hinkley Point saga.

Home-grown energy is central to Xi Jinping’s drive for strategic security. China’s leaders know what happened to Japan under Roosevelt’s energy embargo in the late 1930s, and they don’t trust the sea lanes for supplies of coal and liquefied natural gas. Nor do they relish reliance on Russian gas.

Isabel Hilton from China Dialogue says the energy shift has reached a point where Beijing has a vested commercial interest in holding the world to the Paris deal. “The Chinese think they can dominate low-carbon technologies,” she said. 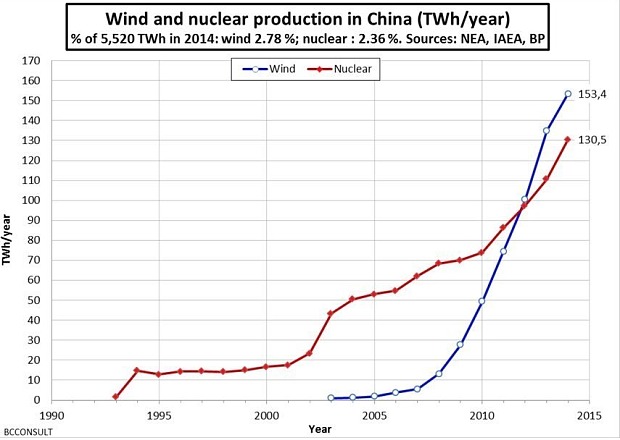 This is why they feel confident enough to forge ahead with a cap-and-trade system for carbon emissions in 2017, covering more CO2 than all of the world’s 40 existing schemes put together.

China is changing fast. The energy intensity of Chinese GDP is in freefall as Xi Jinping tries to wean the economy off primitive metal-bashing and move up the technology ladder.

The “tertiary sector” has jumped from 42pc to 51pc of the economy since 2007, taking the baton as the Party starts to tackle vast swathes of excess capacity in steel, cement and shipbuilding.

It comes at a time when the cost curve for renewables has fallen far enough to make the post-carbon switch economically painless. “The average cost of global solar was $400 a megawatt/hour worldwide in 2010. It fell to $130 in 2014, and now it has fallen below $60 in the best locations. Almost nobody could have imagined this six years ago,” said Mark Lewis from Barclays. 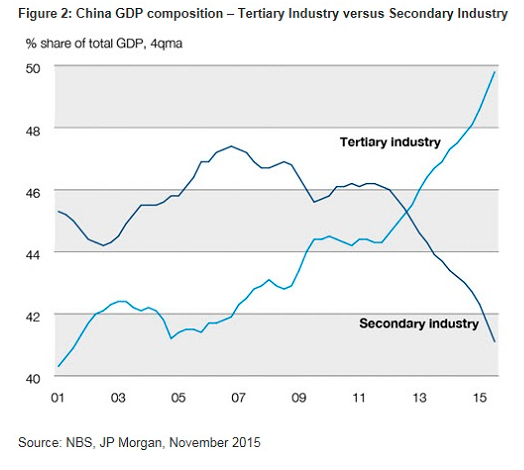 China installed a record 23 gigawatts (GW) of windpower in 2014. It did so because wind is quick and cheap. Lazard calculates that the “levelized cost” of unsubsidized onshore wind has dropped 61pc globally, thanks to smart software, better blades and higher turbines that catch the sweet spot. It thinks wind now undercuts coal and gas, and by a wide margin in optimal spots.

Specifically, the levelized cost has fallen “well below” coal in Jilin, Jiangsu and Zhejiang with new turbines, according to a study by the North China Electric Power University.

Whether China’s coal use has already peaked is a hotly disputed subject. The country’s coal association says consumption dropped 4.7pc in the 12 months to October, but this may be a blip.

The economy has just been through a recession. It is now recovering. Car output jumped from 1.3m in July to 2.2m in November. Infrastructure spending is up 18pc as fiscal stimulus kicks in. 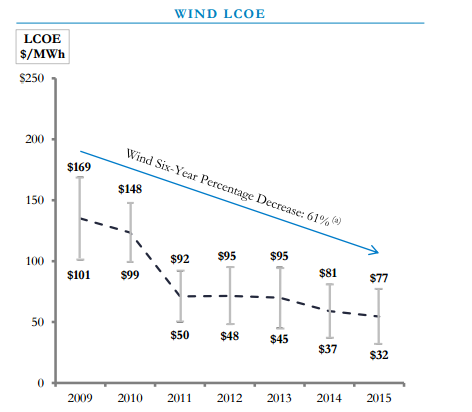 Yet peak coal is in sight and it is a fair bet that the country will achieve peak CO2 emissions long before the target date of 2030.

The key point is that only 60pc of China’s coal is used for power plants, compared with 90pc in the US. The rest is burned in gruesomely toxic home boilers or in small workshops, and this where the sledgehammer is falling. Beijing is phasing out coal boilers within the city limits.

Greenpeace says China has shut down 18GW of old coal plants, and is likely to shut another 60GW by 2020. These are the worst polluters, mostly “subcritical” plants below 50 megawatts. Cleaner ones are being built. The latest “high efficiency low emission” (HELE) facilities cut CO2 by 25pc-33pc.

It is true that regional governments took advantage of newly-devolved powers to approve another 155 plants for 123GW this year, alone equal to Brazil’s annual use. Horrified officials in Beijing are trying to reverse course. The expansion makes no sense since coal thermal plants are already running at below 50pc of capacity. 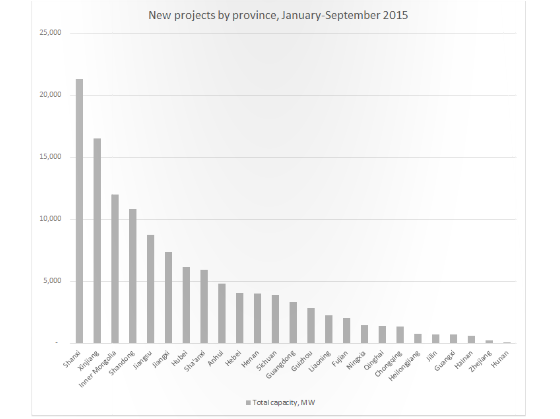 Greenpeace, which first revealed this planning frenzy, doubts that many of these plants will ever be built, and if they are built, up to $110bn will go up in smoke on stranded assets. There will never be enough demand for their electricity. It will be a repeat of the steel fiasco. The Communist Party has surely learned its lesson by now.

Coal, oil and gas companies and their investors should assume that China’s leaders meant what they said in Paris, and therefore that the balance of political power in the world has swung towards drastic reductions in fossil fuel use, and that negative net CO2 emissions by 2070 is on the cards.

Hedge funds and finance houses are already acting on this inference. Goldman Sachs thinks the mix of tougher rules and vaulting technology is so potent that global emissions will peak in 2020, much earlier than widely supposed.

One front-runner is the LED lightbulb, which cuts power use by 85pc compared win incandescent lights. Goldman expects it to win 95pc of the global market by 2025.

Electric and hybrid vehicles will reach sales of 25m by then, driven by plunging battery costs and tightening car emission rules in China, Europe and the US. Goldman says these curbs are nearing the point where car producers will stop investing in the internal combustion engine. That is when the switch to electrification will become a stampede. 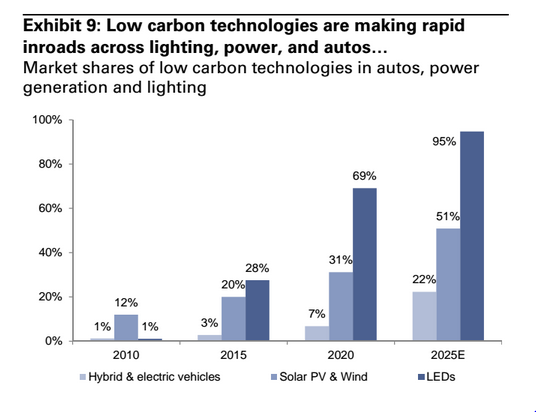 In the end, the sums are dizzying. Abyd Karmali from Bank of America says the low-carbon economy is worth $5.5 trillion a year and the Paris deal will now “turbocharge” an investment blitz.

Barclays has told clients to prepare for a ratchet of tougher climate rules needed to stay within the “carbon budget” of 2,900 gigatonnes and stop global temperatures rising more than two degrees by 2100. This implies a carbon price of $140 a tonne by 2040.

It also implies $45 trillion of spending on decarbonisation over the next quarter century, with forfeited revenues to match for coal, gas and coal companies, many doomed to slow run-off. Barclays estimates that crude oil demand will fall to 72m barrels a day by then, half Opec assumptions.

This switch will not “cost” anything in macro economic terms. Such a zero-sum thinking overlooks the catalytic effects of technology leaps, and it overlooks the paradox of destruction.

The Second World War lifted the global economy out of a low-growth liquidity trap by flattening excess industrial capacity and harnessing a glut of static savings. This was the launchpad for the rebuilding boom of the 1950s and 1960s.

We are in a similar 1930s low-growth trap today. The world savings rate is a record 25pc of GDP. It is the root cause of our malaise. So even if global warming were a hoax, we would need it to make our great economic escape.

The German philosopher Hegel had a term for such historical twists. He called it the Cunning of Reason.