This piece was first published in BusinessGreen 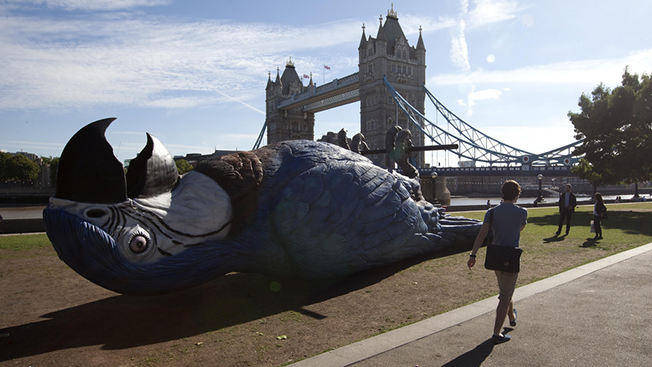 Let me introduce you to the mysterious world of triads. This is not, however, an article about the exotic world of Hong Kong’s ill-famed criminal gangs. This is about the much more prosaic world of managing electricity bills.

Triads are the three half hour periods when electricity demand is at its highest in Britain. They occur in winter. Between November and February businesses are charged significantly more for their electricity during these 30 minute periods.

This is a perfectly sensible measure to encourage those who can to use less power when demand is highest. It is exactly what you would expect to happen in an efficient market obeying the laws of supply and demand.

Britain’s energy intensive industries are not stupid. They try to guess when the triads will occur and then reduce production for those half-hours to cut their costs. This is a perfectly sensible response by those businesses. They do it if the marginal production losses during those three half hours are less than the extra cost of the electricity.

This is a routine business operation to cut costs which has gone unnoticed for years. The arcane skill of guessing the triad has not warranted much attention from the media and its best practitioners have preserved their anonymity.

This era of quiet professionalism may now be over. That is, if a recent headline in the Financial Times is to be believed. “UK manufacturers warn of shutdowns amid energy measures” it bellowed. This sits the story squarely in the media’s running nightmare that Britain’s lights are about to go out. Triads, it seems, are now critical to the health of Britain’s economy.

So, what is the source of this dire threat? This turns out to be the National Grid which has launched a Demand Side Balancing Reserve (DSBR) scheme. This is one of a number of measures it is deploying to increase security of electricity supply.

These measures are necessary because of the uncertainties created by unplanned outages from ageing nuclear reactors, the closing of uneconomic gas fired generators, old coal-fired power stations coming offline for air pollution reasons and the growing proportion of wind and solar generation in the system. They underpin National Grid’s confidence that it will keep the lights on this winter, as it does every winter.

The DSBR scheme will invite companies to reduce their demand during peak winter evenings. Those companies that do so will be paid. So, why would anyone object to being paid reliably to do something they used to have to guess about? After all the invitation is open to exactly those companies whose production is already sufficiently flexible to play triad roulette.

Furthermore, triads have been becoming more difficult to predict anyway. Electricity demand has been falling for nearly a decade. Rising bills have stimulated more companies to get into this game. You would have thought that the predictability of a contract would have been preferable to the current guessing gamble.

Not so according to the energy intensive businesses. Npower, Sheffield Forgemasters, the EEF have all sucked their teeth and complained to the FT that this will be very bad – ‘ a very real concern’, ‘disrupting production’, ‘more….shutdowns’ they told the FT.

How so? This scheme simply adds a belt to the many braces the National Grid already employs to keep the lights on. Energy intensive industries are not being asked to do anything they are not already doing. It is their electricity suppliers not the companies themselves which are being invited to sign up to the scheme.

The ability this scheme gives to National Grid to reduce demand is good for the security of the system as a whole. This is a useful benefit to every other business and domestic consumer. All it means for the energy intensive industries is that it will be a little more difficult to guess exactly when the triads will occur.

Hardly surprising therefore that National Grid dismissed the complaints. As it pointed out, this is not a scheme they are likely to use very often. It would only represent a fraction of the amount of demand reduction provided by triad avoidance with which the companies already cope well.

So nothing to worry about in Tanya Pawley’s story with its alarming headline? Not quite. The story accidentally reveals two things that do matter: the penchant for Britain’s energy intensive industries to whinge at all times and declining editorial standards of the FT.

If a possible increase in the price of electricity on three half hours a few days a year is ‘a very real concern’ you have got lot more to worry about than guessing wrong on triads. If these industries really are balancing their viability on such a thin edge we would we better off thinking hard about how best to close them.

In reality, of course, they are not that fragile.

The FT has taken an ill-informed and increasingly hysterical stand against the effort to decarbonise the British economy. A frequent riff of the campaign has been that this threatens our energy security. Last winter and the winter before the FT joined the rest of the media in noisy warnings that the lights would go out. They didn’t.

So what is the point of running a dead parrot of a story about a measure that would actually help to keep the lights on? Ah, well that is because this is ‘an emergency measure’ which will ‘force’ businesses to ‘shut down’. The editorial intent is clear if unstated. These disruptive measures are needed because decarbonisation is damaging Britain’s energy security.

The only point of this parrot is to populate the FT’s nightmare that dealing with climate change is ruining the economy. It is time its editors woke up to the dangers of failing to deal with climate change so cogently provided by one of its own most distinguished columnists.