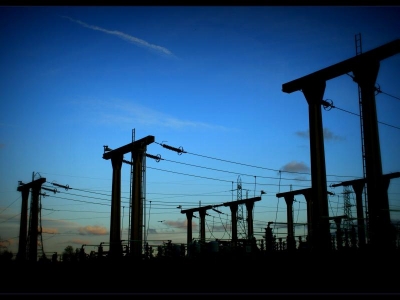 Britons only generate 1.42% of the world’s carbon emissions. No-one else is doing much to reduce their emissions. We are doing a lot and should not do more until everyone else joins in. This is the facile, Treasury inspired, argument being deployed by the cognoscenti of the political and media establishment who think all this climate catastrophe stuff is wildly exaggerated.

This would be a daft argument even if it were true. Its implication is that Britain will be okay if no-one else does any more to reduce their carbon emissions. As the recent IPCC reports make clear, a changing climate will be pretty awful for everyone and Britain, as a nation wholly reliant on the success of other economies for its success, will be no exception.

We certainly do need other nations to do more, but saying that we are not going to do anymore ourselves until they do is hardly persuasive. It amounts to surrendering  sovereignty over our climate to others. We will simply have to accept whatever climate they are prepared to serve up. If this argument were to carry weight our climate will be determined by the political equivalent of a circular firing squad.

Of course 8% of UK carbon is rather more important for the climate than 25% of Danish carbon, but it is not a good basis for the argument that we are doing more than others. According to a recent report by Globe, the organisation of legislators tackling climate change, 66 nations have now joined the UK in putting climate related legislation on to their statute books.

The reality is that a combination of events and analysis has driven governments everywhere to start taking climate change seriously. They are still a long way from doing enough. But they are not doing the nothing so frequently claimed.

There is a variation on this argument which focuses on everyone’s favourite climate enemy – China. In this version it is simply not worth us doing anything since whatever effort we make will be overwhelmed by the continued expansion of coal use in China. This is the ‘Yellow peril with climate horns’ argument – a familiar beast from our past.

Here again, there is far less to this argument than meets the ear. China does indeed use a lot of coal and it is using more each year. But driven mostly by the concern of the emerging Chinese middle class about the quality of the air they breathe, China is already setting aggressive targets to reduce its coal use. A third of China’s provinces have targets that would reduce coal use by 655 million tonnes – about 1.3 billion tonnes of carbon dioxide – by the end of the decade. The rise in coal use has fallen from 9.4% in 2011 to 2.6% in 2013. It’s not great but no-one could say they are not trying.

The reality is that the transition to a carbon neutral economy called for by the IPCC is already underway. It is certainly a slow start but the momentum is gathering, not the least because of the huge fall in the cost of renewables. As with any transition, vast new opportunities are arising for those smart enough to take them. If David Cameron wants Britain to be in the global; race to take these opportunities he should tell the nay-sayers in his Cabinet that they are not only harming the climate, they are also damaging our economy.