This article first appeared on the IGov New Thinking For Energy website. 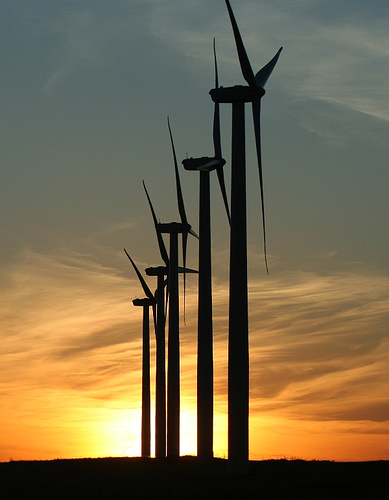 When in doubt announce another review.  In this case, the Energy Market Review – even though Electricity Market Reform, the already on-going process which is meant to sort out the energy industry problems, has not finished yet. What this new review should conclude is that (1) British energy prices are higher than they need be because the Government, Regulator and large energy companies, for different reasons, are collectively undermining competitive and innovatory forces from working their way through to lower energy prices; and that (2) higher energy prices are merely a symptom and it is the cause that needs to be addressed: Britain needs an overhaul in the way it makes decisions about energy policy, and then how it implements it.

Sadly, this is not what the outcome of the review will say because it is to be led by the Regulator, one of the key supporters of our current system. The incumbents and institutions overseeing the current energy system have too many interests in maintaining it, and the Government has done nothing to change this. If the Government wants a sustainable, secure and economic energy system it has to put in places rules, incentives and institutions to deliver that. This means breaking the power of those with vested interests in the current system, and that includes Ofgem. A review led by Ofgem is just more of the same.

At the centre of this debate is the way that rapid technological change and innovation in designing, operating, managing and using the electricity, and wider energy, system is turning the economics of energy upside down in certain countries – just as it did for telecoms in the 1990s and just as it is doing for newspapers and social media now. Npower, for example, is owned by RWE which has just announced a change to its business model because of the 50% cut – yes, cut –  in average wholesale prices in Germany since 2008. Renewable zero marginal cost electricity has brought the peak electricity prices tumbling down – wiping out the source of profit for these large companies.  E.on, also German, has seen its income from conventional power fall by half since 2010. Renewable energy technology prices are tumbling as their volume manufacture increases and as they ‘learn by doing’. Share prices of the European utilities have plummeted – E.on’s has fallen by two thirds from its peak – at the prospect of the transformation from big kit, centralised, fossil dominated energy industries to a dispersed, multi-scale, multi-actor, flexible, actively managed model – and moreover, given the opportunity, customers and citizens jump to invest in this latter future.  A key question is why is it that those new economics of energy are not visible in Britain and are not feeding through to customer bills? The answer has three parts to it.

Firstly, the Government – which asked the right question of Electricity Market Reform but got the wrong answer – has closed down, rather than opened up, the energy system to competition and innovation, in part because of ideology. They have been ideologically tied up in supporting business interests over society’s interests because of their faith in the notion that this is where innovation for the ultimate benefit of society takes place and that Government interference works against this. They have ideologically (and illogically given previous point) supported nuclear power to the detriment of new energy practices despite all evidence pointing to the costs, difficulties and minimal benefits. And they have ideologically enforced ‘small government’ which has led to cuts in experience and capacity so that effective civil service advice able to act as a bulwark against poor policy making has been severely damaged. Time and time again the Government have either ignored arguments for sensible, simple policies to ensure a reduction in bills or to displace dependency on fossil fuels. They have wilfully ignored evidence of successful policies (such as the kfW model for revolving, 0% loans for energy efficiency) and put in place policies which they were told would not work because of their complexity (such as the Green Deal) and which would add to the cost of policies , thereby increasing the numbers of the fuel poor.

Secondly, and in parallel, Ofgem the regulator, as with the FSA and the banking crisis, has been all too willing to undertake ‘light touch regulation’ and become too close to the companies it regulates, despite the economics of energy changing before their eyes. It has been happy to maintain the status quo and as a result has not acted in the best interests of customers, current or future, as they are required to do. It has not pushed to get rid of the anti-competitive rules and incentives in place within the markets and networks which undermine new entrants or innovative practices. Ensuring greater transparency within the market place; altering Code and License procedures; or enabling customers to be more active would all help. Rather, it has sauntered through a number of reviews over the last few years – Energy Markets Assessment, Code Governance Review, Retail Market Review – established to ameliorate the all too obvious problems of regulation but which have led to minimal change.

Ofgem is allowed to interpret their very broad Duties and without doubt they have the leeway to act more progressively. There are several regulatory models in Europe, and elsewhere in the world, all wrestling with problems of how to regulate in an uncertain environment which it could have learned from. Some of these models have helped support beneficial change in energy practice. But Ofgem has done nothing to confront the reality of surging technological change and energy market upheavals storming their way to Britain. Neither has it made sure that Britain benefits from it. Nor has it taken notice of critics who have argued that they are out of touch with progressive regulation and economic realities, thereby themselves acting as a barrier to change and de facto helping the large companies to maintain their position of power.

Thirdly, the large energy companies are all too aware of these changes (whether economics, technological change, new business models, more customer choice) coming inexorably their way, as set out above. While not great for the companies, this is to the benefit of customers and in the interests of society.  The energy companies are trying to work out how to survive in the reality that is the new utility business in Europe, and until then are doing all they can to keep their share price up by maintaining high dividends so they don’t get taken over – hence keeping prices as high as they can and doing whatever they can to undermine innovation, including new entrants.

Thus, albeit for different reasons, actions (or non-actions) of the Government, the Regulator and the energy companies have led to an energy system where change and transparency is minimal so that large energy companies are able to raise prices without an obvious audit trail.

The Government and Regulator complaining about the behaviour of the large energy companies in putting up prices is a re-run of the impotent fury unleashed by the Government and Financial Services Authority in the wake of the banks behaviour in 2008. Energy companies and the banks took advantage of lax regulation, which the Governments had done nothing to tighten up. If the Government wants to minimise customer bills, then it has to show consumers that it respects them sufficiently by addressing the underlying cause of higher energy prices rather than applying another meaningless plaster. Government need to listen so that they understand how the new economics of energy is good news for the country: industry, as well as households. And then they have to set about changing the process of energy policy decision-making and implementation so that the benefits of innovation come through.