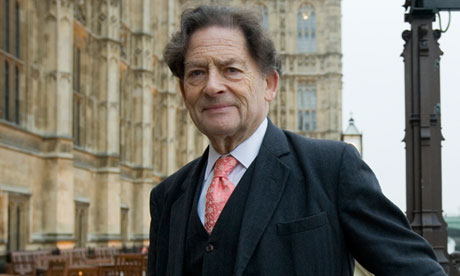 The gloves are off. In recent days, a sustained attack on environmentalism has been mounted in the UK media. The Times, the Telegraph and the Financial Times have all run articles by influential journalists blaming the environment community for our current woes.

In the Financial Times, John Kay blamed environmentalist’s malign influence on procrastinating politicians for the risk that the lights will go out.

In the Telegraph a fawning interview of Nigel Lawson by Cristina Odone saw him accusing the green reds under the bed of making us slaves to Russia and the middle east.

In the Times, Tim Montgomerie used a blunderbuss of bilious invective to blame environmentalists for world poverty and domestic unemployment.

The most striking feature of this wave of antagonism is not the lack of evidence for its wild exaggerations but the deep hostility of its tone. Something is getting profoundly under the skin of the authors.

Tim Montgomerie was certainly right about one thing: current climate policies are failing. What is bizarre is his conclusion that we should therefore do less not more about it.

The week, when the European investment bank, the EBRD and the World Bank all announced measures to constrain investment in fossil fuels, was an odd moment to accuse environmentalists of defying economic gravity. It is doubtful that Montgomerie’s words will move more dollars than the words of the banks.

Those greens aggravating Lawson’s memories of communism are exactly the people doing most to support the energy efficiency and renewables that will eliminate the risk of the slavery he so fears. Re-fighting the last war is a bad habit of old generals.
So what is going on? What dire anxieties are driving otherwise rational people into such glaring contradictions?

At one level it is simply scapegoating. The failure of the chancellor’s policies to restore growth anywhere but in the headlines needs explanation. Since the policies themselves are correct by dogma there must be some other explanation for their failure. Greens wrapping the economy up in red tape is populist nonsense just plausible enough to convince the Daily Mail.

The problem is that the wilful destruction of the planning system and weakening of every regulatory agency in sight has not worked. Indeed, it is has created even more glaring contradictions as the government simultaneously strengthens planning guidance to constrain renewables and weakens it to assist fracking.

None of this fully explains the intensity of the animus towards the environment now on permanent display in the right wing media. What does explain it is the growing collision between maintaining a stable climate and the core beliefs of the libertarian radicals who own the bulk of UK newspapers and have taken over the Conservative party.

If you have put your faith in smaller government, lower taxes and deregulation and if you believe in an ever expanding realm of personal choice for individuals and that markets are always wiser than governments, then climate change is an inconvenient problem. Radical individualism will not keep temperatures below 2C.

The first line of defence for the right was simply to deny the problem. This has now been abandoned. The deniers have become sceptics. They accept there is a problem but don’t think anything much needs to be done about it yet. Unfortunately the climate is changing in response to the laws of physics not the opinions of a cabal of ideologues and editors.

Events, as Harold Macmillan pointed out, are a bit of a problem. Climate events have now convinced the majority of the public everywhere that something must be done about the climate. To head off this growing threat to their project the true believers on the right are now resorting to one of the oldest manoeuvres of failing rulers – shooting the messengers.

The environmental community would be unwise to underestimate the desperation of those who have now been forced into open opposition to its agenda. They are working hard, and with some success, to create a realm of public discourse hostile to the environment. This may not alter public opinion much but it will change the decisions of ministers more concerned to get newspaper headlines right than getting the climate right.

The environmental community now needs to get real and mount an effective political fightback. An uncontested realm of public discourse is an occupied realm.

This means three things: first using every available mechanism to hold print and broadcast editors to account for lapses of professional standards of journalism; second, using social media to name, shame, correct and challenge authors who consistently mislead the public; third, mobilising in the base of society to offer practical help to those businesses and homeowners already being hurt by a changing climate.

• Tom Burke is a founding director of e3g, adviser to Rio Tinto, a former director of Friends of the Earth and a former special adviser to three Conservative environment secretaries