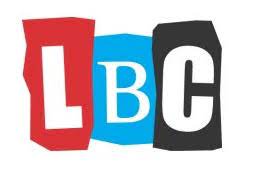 This is the third document in six months that the government has produced, and all that has happened is that they have become less coherent, and less and less connected to what actually matters to most people. What the Prime Minister seems to believe is that we want expensive nuclear ‘jam’ tomorrow, and that we are not that bothered about cheap energy efficiency ‘bread’ today. I think that this is rather like the Chancellors recent Spring Budget, in that it is simply not hearing, or paying attention, to what is actually happening in the country, and what matters to people who have got to live with the immediate crisis of their energy bills. And the way that the government can deal with that right now is to start spending money on energy efficiency, money by the way that the government promised in its manifesto and hasn’t actually delivered. In 2012, we were insulating about 2.5 million houses per year, now we are down to about 20 thousand. If we had carried on at that rate, we would be saving people money right now as this crisis has occurred. So, this is a real failure of the government to be consistent in doing the things that really matter to most people.

As the government had quite rightly identified, we have got to decarbonise our power sector by 2035, that is the government’s commitment, some people would say even that is to far away. So, when we are thinking about technology options, we have got to be looking at what we can do right now. And that is a real problem with the government’s approach, it seems to be ‘jam’ tomorrow, not what we actually need today. I think that is largely true of things like tidal power and wave power, I have nothing against either of them, but I don’t think that they can be achieve at scale within the timeframe that we are talking about. We do get some hydro power already because we get it through interconnectors with the rest of Europe, so we get it from countries that do have the mountains that make it possible to produce large scale hydro.

A lot of the uranium that we use now in nuclear fuel does indeed come from Russia, but there is no shortage of Uranium in the world, there has not been much demand, so no one has been looking for it or mining it very much lately. But we could look to Australia, which is one of the countries that has quite large amounts of Uranium. The United States has large amounts, and Africa, particularly Namibia. So I don’t think that we would have a problem finding Uranium, if we were to go nuclear, and we wouldn’t even have to buy it from the Russians. But the real point is, why would we want to use nuclear when there are much better options already available.

There have been lots of scientific experiments with nuclear fission, but nobody has yet come up with a technology that we could use, based on fusion for generating electricity. So, nobody has any idea even if you can do it, and even if you could do it, no body has any idea how much it would cost to do it, or how long it would take. And by the time we can answer those questions, we will already have to have found a way to do affordable renewables in any case. So, it seems to me to be a very unlikely prospect.

When it comes to the climate emergency some members of the government understand the importance of the issue, but I don’t think that the government as a whole has got it, and it is certainly not doing enough to respond to it. So, we have lots of targets but there is a real issue about delivering on those targets. That is largely the result of the kind of confusion that we are seeing in the government energy strategy. This is the third big government announcement on energy policy in 6 months. If you were an investor why would you invest in whatever the current flavour of the month is for the government? You would wait to see what happens when things settle down. Government incoherence and inconsistency is really slowing down out whole response. The endless announcements, with no real delivery, is really slowing down our ability to deal with climate change. People are right to be terrified by the conclusions of the IPCCC report, they really are very scary indeed.

If we went back to the level of home insulation that we were doing in 2012, when we were insulating about 2.5 million homes per year, and if we doubled that to 5 million per year, then within 5 years we could have got almost every house in the country to EPC level C, which would save people around 500 pounds per year. That is what the government could do, but it is not what they are planning to do. The government has made it very clear with this strategy that it doesn’t think that reducing energy bills today is really what matters, it seems much more interested in ways to put energy bills up tomorrow.

There is a future bill for nuclear waste, which grows. The Nuclear Decommissioning Authority is responsible for dealing with nuclear waste in this country, it now spends several billions per year of public money in order to deal with the waste that we have already got. So, it is quite right to question why the government is even thinking about piling on more nuclear waste to be dealt with, when we can’t even deal with the waste that we already have now. We don’t know what to do with the high-level waste, that is the most dangerous waste, not because of its volume but because of its radioactivity. We don’t have a solution for that yet, despite 50 years of trying to find one. It is really very expensive, and we haven’t, in most of our existing nuclear programs, actually put aside the cash to pay for dealing with the waste. That means the taxpayer will have to go on paying for it for a very long time into the future. That is just for the existing waste, that doesn’t include the waste that we will continue to build up if we go along with the government’s existing plan.

These are some excerpts of an interview on LBC. The full discussion can be heard here: