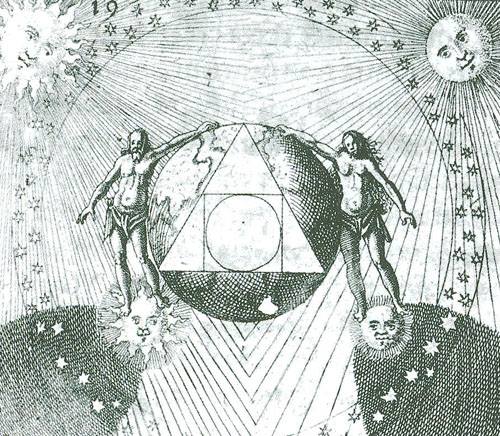 In her Easter message, the Prime Minister spoke of ‘the opportunities that lie ahead’ for post-EU Britain. Neither she nor any of her Ministers have ever set out exactly what these opportunities are. Nor have they ever explained why we were unable to take them as members of the EU. Most economists remain doubtful that the value of these ‘opportunities’ will exceed the losses from our self-expulsion from the Single Market.

Be that as it may, the Government has been clear that taking these opportunities will require a ‘deep and special partnership’ with the EU. It will also demand the negotiation of an array of free trade agreements with other countries. Top of the Government’s targets for such an agreement is the United States. Hence the Prime Minister’s rather unseemly rush to be among the first to hold hands with the newly installed President.

As we have now learnt, one consequence of our forty year membership of the EU has been the loss of any significant pool of expertise on trade policy. This flowed from the Commission’s ‘sole competence’ on trade matters. All trade negotiations are handled by the European Commission acting on a mandate agreed by the member states.

This prevents any attempt by trade partners to play one country off against another. But it also means that there was no need to any of the member states to retain a large body of trade experts. This was an opportunity to cut civil servants we couldn’t resist. An often overlooked benefit of EU membership on this and other issues was the ability to share the cost of regulation with the other 27 members.

The downside, however, is that there is no political understanding in Britain of the impossibility of simultaneously negotiating free trade agreements with both the EU and the US. In the headlines free trade agreements are principally about tariff barriers. In the real world these are now much less important than the so called non-tariff trade barriers.

These are the regulatory hurdles on public or animal health or the environment which goods and services must jump to get access to markets. The EU, for example, bans the import of beef that has been fed growth hormones and chickens that have been treated with chlorine, both of which are legal in the United States. One of the most fiercely fought trade issues of recent years was the EU’s eventually unsuccessful effort to ban the import from North America of oil produced from tar sands because of its higher carbon burden.

The EU’s chief Brexit negotiator, Michel Barnier, has been clear that one of the key conditions for a future UK free trade agreement with the EU will be the inclusion of ‘safeguards against unfair competitive advantages through…..environmental dumping’. Essentially, Britain will have to conform not just to the existing environmental aquis as the price of a free trade agreement but will also have to keep up with future development of EU environmental policy.

For Britain to secure a free trade agreement with the US, the Congress will have to agree to it. It is not hard to see what the UK might get, economically and politically, from such an agreement, but far less easy to see where the advantages are for the US. The negotiations will inevitably be somewhat lop-sided.

Even an environment friendly fully Democratic Congress would have been expected by its businesses to strike a hard bargain.

This would likely have required some compromises over environmental standards. The current Congress, egged on by an Administration rolling back environmental safeguards as fast as it can, will be looking for something closer to total surrender to US levels of environmental protection. This will not be acceptable to the EU.

One of the enduring lessons from my time as a Special Advisor was of the extraordinary elasticity of the English language. This can be used as a cosmetic to conceal a whole host of policy infelicities. However, such is the gulf between current EU and US approaches on the environment that it is likely to prove stretch too far for even this legendary skill.

Britain will have to make a choice. We can have a free trade agreement with the EU or we can have one with the US. We cannot have both. Contrary to their rhetoric, political leaders do not relish making clear choices. Like our present Foreign Secretary, they prefer to have their cake and eat it.

Faced with the unpalatable prospect of actually making a choice the first reflex of Ministers is to produce a fog of ambiguity. The intent is to delay the choice for as long as possible. This is bad for both business and the environment.

For business it prolongs uncertainty, threatening regulatory instability and freezing investment. For the environment, it prolongs the suspicion, fanned by the Daily Telegraph’s anti-regulatory campaign, that the Government intends to sell out the environment for a free trade agreement with the US.

The belief that we can have comprehensive free trade agreements with both the EU and the US is a delusion. Both British business and its environment would be better off if we decided clearly which one to pursue. The Government thinks this circle can be squared. It needs to explain how.

An Unsquared Circle was first published in Business Green