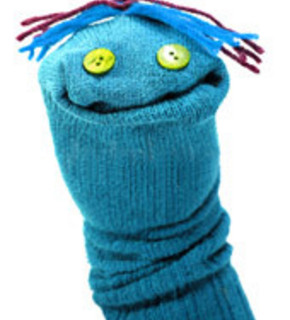 The Government is increasingly seeking to constrain dissenting voices from civil society organisations by limiting their ability to inform the electorate, constraining their role in the planning system and closing off access to judicial review of government decisions. This is a recipe for conflict and confusion that will damage  Britain’s economy as  well as its environment. Paradoxically, it is doing so at time when political parties are becoming increasingly unrepresentative of society as a whole.

One of the most striking features of public life in today’s Britain is the decline in the legitimacy of our political parties. Just after the war about 1 in 12 of us was a member of a political party. Now it is just 1 in 120.

At the same time membership of voluntary organisations has grown dramatically. The Royal Society for the Protection of Birds has twice as many members as all the political parties combined. The National Trust is three times bigger than that. Some 15 million Britons volunteer at least once a month. Volunteering contributes about £45 billion a year to the economy, the same as we will spend on defence this year.

These numbers raise an interesting question of who is best placed to speak for the people of Britain. Neither elected representatives nor unelected editors have anything like the intimate connection that civil society organisations have to the hopes and fears, needs and wants, of the public.

Furthermore, two decades of austerity have not only increased stress within society, they have also reduced the Government’s capacity to deal with this additional stress. Swingeing cuts in Departmental budgets mean that there is now often more policy expertise in the voluntary sector than within Whitehall.

Up until the election of the Coalition in 2010 there was a developing partnership between the state and civil society organisations. After WWII, the state took over the basic provision of welfare services that had previously relied on voluntary efforts. The voluntary sector filled gaps in that provision and became a source of informed analysis and innovation.

As a more affluent, confident and better educated citizenry emerged in the last quarter of the 20th Century the voluntary sector developed an additional role. It became an advocate. Expertise founded in practical experience gave voice to those failed by the state. New or neglected issues, such as the environment, were forced onto the political agenda.

For several decades this tension was managed by an explicit compact between the state and voluntary organisations. The state accepted that informed criticism of government policy was legitimately in the public interest and thus could be consistent with charitable purposes. The voluntary sector accepted that its commentary on public policy must be non-partisan. This allowed civil society to not only act directly on social problems but also to act on their causes.

This compact has begun to break down. There has been a sustained effort to constrain the room for the voluntary sector to intervene in both the formal and informal debates on public policy. Formal constraints have included major changes in the planning system to reduce public participation and limits on access to the courts for judicial review. Less formally, there has been a persistent effort by the Charities Commission to limit campaigning by charities.

Perhaps the most egregious step to prevent voluntary bodies giving potent expression to the public voice was the Coalition’s Lobbying Act. Intended to constrain the activities of commercial lobbyists, in which it failed, it tightly limits the role of non-governmental organisations in speaking out during elections.

These, and similar changes, are not fortuitous. They are being driven by a view emerging from the right in politics that political parties are the only legitimate voice in public policy debates. Voluntary bodies are increasingly seen from this perspective as a barrier to economic success and thus to be silenced.

This is view that is at odds with a long standing compact between governments of all complexions and the voluntary sector. It is also at odds with the deeply democratic reflexes of Britain’s political culture. As Britain moves further through one of the most disruptive social changes in its history, marginalising those voices that have a real connection to the base of society seems a recipe for turning dissent into disaster.

This article was originally published by the Civil Exchange in a report called ‘A Shared Society?‘