On campuses and in cafes across the UK, groups are organising to ensure that young Britons turn out on 23 June 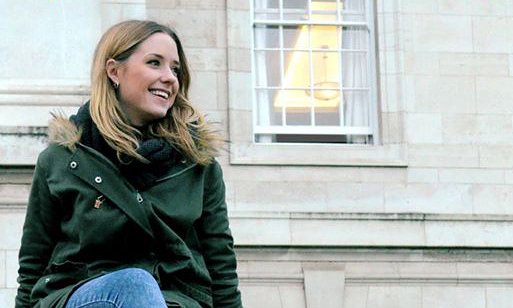 Only 23 days remain until the 7 June deadline for registering to vote in the EU referendum, and Amy Longland, a 22-year-old student at Nottingham university, is campaigning hard. She is desperate to raise awareness about what’s at stake for what could be dubbed “Generation E” – those suddenly confronted with the possibility of living their adult lives outside a union that most take for granted. “I don’t want the prejudices of the older generation to decide this for our generation,” she says. “Our grandparents should not decide our future for us.”

She has good reason to worry. At last year’s general election, only 43% of those aged 18-24 voted, compared with 78% of over-65s. Up to 4 million in the same age group are still not on the electoral register. Longland, like many young people, is in favour of staying in the EU, but fears too many of her contemporaries will not bother to register in time for referendum day on 23 June. Their future in Europe would then be determined by Eurosceptic older voters, who are much more likely to turn out on the day.

Last night in the university campus pub, the Mooch Bar, she and the rest of the Nottingham Students for Europe organised a Eurovision Song Contest party: sign a registration form, available in the bar, and you could win a £25 travel voucher if you picked the winning country out of a hat.

“This is really important,” said Longland. “We can enjoy the right to travel easily in Europe and to study in Europe. We are the easyJet generation. We take it for granted. It would be a huge shame if we turned our back on all that.”

Up and down the country, groups of young people are stirring into action. But can those who are engaged and motivated connect with enough of their contemporaries to turn apathy into interest? And with so little time to spare?

The charity Bite the Ballot, which persuaded hundreds of thousands to register before the last general election, is to set up “democracy cafes” in Starbucks branches, laying on experts to explain how to register and vote, and what the referendum is all about (Bite the Ballot does not take sides but merely encourages participation). On 31 May it will organise a flashmob in Albert Square, Manchester, with thousands of young people forming a giant X. Then, on 4 June, it plans a “thunderclap” on social media to tell young people that they have just three days left to register and influence their futures.

Harriet Kingaby, 32, and Bethan Harris, 30, who both have jobs in communications and strategy, are now lending much of their time to a new campaign called We Are Europe, working out of cafes in Bristol. Again, their objective is to get young people to register, and then to inspire them to go out to vote.

Harris says she and a small group of friends got involved because they felt their generation had been “locked out” of decision making and let down by the system for too long, and had to use this chance to strike back.

“As a generation of millennials, we want to create a better world, but we have felt excluded from decision making,” she said. “We all protested about Iraq and we were not listened to. There is no one representing our generation in parliament on the issues that matter to us. In the civil service, there is no ministry for young people. We feel locked out. It is becoming intensely frustrating.

“We have endured a recession and endless austerity, which has impacted on us as a generation, and we are the people most affected by current policies. We are all young professionals. The reason we have got so fired up by this referendum is not that we are Europhiles or that we love the EU – although we do think it has been hugely beneficial for us. But it is a sense that this [Brexit] would be another massive step backwards, and our generation can’t take any more of that. We are the difference between an in and an out vote.”

There are now more than 50 campaigns on university campuses pushing students to register and then to vote, and a clear majority are pro-EU. Tanya Williams of Bite the Ballot has worked on previous registration campaigns and is now doing so in Brent, north London. Outside the universities, she says, it is an uphill struggle and, at first, the feedback is often not good. “It is very hard. People will at first say no, and that they are not bothered, and it makes no difference, but you have to battle through. Then, some time later, you sometimes find the same people have got involved after all. It really can make a difference.”

We Are Europe believes that Leave campaigners are deliberating staying away from students because they know that most young people want to stay in, and if they highlighted the need to register they would be shooting themselves in the foot. They cite comments last week from Arron Banks, the Ukip donor and founder of Leave.EU, who declared: “If turnout is low, we win. If it’s high, we lose. Our strategy is to bore the electorate into submission, and it’s working.”

Students for Europe, meanwhile, will launch a poster and social media campaign on Monday asking: “Where are you on 23 June? Home? Uni? Glasto? Register to Vote Now.”

The Electoral Commission is sending out a giant mailshot this weekend to 28 million households, explaining how to register and vote.

Back in Nottingham, Longland is telling students that the referendum vote is not like a general election, where the first-past-the-post system often makes people think their vote makes no difference. This time it will. “We have just got to up our game and show that in this referendum we really can make the difference – because we really can.”