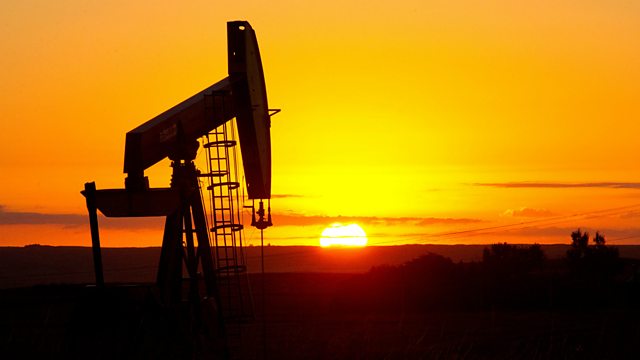 The drop in oil price is not doing something that a lot of people thought that it would do, when it fell that low, which is to create a big stimulus to economic growth. So it’s not succeeded in doing that, and I think that has surprised a lot of people. Nor is it undermining renewables, investment in renewables is continuing to grow. So two things that people expected to happen, haven’t happened. What I think is happening is that the revenues of a lot of countries that are already in quite unstable, difficult positions, are declining very rapidly, so we are going to see an increase in political tensions as the revenues that were essentially holding states together begin to diminish.

It’s not just the action of governments that will make the transition happen, it is also what is happening in the rest of the energy technology world. The fundamental equation is changing. The risks to governments of failing to act on climate change are going up as events happen, as extreme weather events kick in. The risks to governments of acting to do something about climate change are going down as the cost of renewables and the alternative low-carbon technologies goes down. So that fundamental equation was changing long before Paris. What Paris is going to do is accelerate that change quite a lot. And you must always remember that there are very powerful constituencies in every country in the world, that want their governments to act. So the idea that you’re in some zero sum game of prisoner’s dilemmas and government will or won’t choose, as if they had complete freedom of action to decide, just misunderstands what’s actually going on in every country in the world, as people start to experience the impacts of a changing climate themselves.

What is actually beginning to happen, and I think one of the most significant things that happened in Paris, which perhaps didn’t even get reported by anybody, was the president of Renault Nissan publishing a letter with thirteen of his peers, saying that they expected the growth in vehicles around the world to go from its current half a billion, to two billion by 2050. But that there was no way that there were going to be two billion cars on the planet fuelled by fossil fuels, so they thought they would be in electric vehicles in the next two to three decades. That takes out the top end of the barrel, it takes out the high value end of the barrel of oil. Investment in renewables has delivered far more than any of the forecasters thought that it would, far faster and far cheaper, and that’s not going to stop.

It is very important to look at these problems in a way that is integrated, not to separate them. Climate change isn’t an environmental problem, it’s not about the environment or the economy. Climate change is a major threat to global security. Just as the failure to deal with our dependence on oil is a major threat to global security. So we need to take a much more integrated approach. There is both a strong environmental signal to get out of oil, and there is a very strong economic and political signal to reduce our dependence, our addiction to oil. The question is how do we make an orderly transition, or do we just have a very disorderly transition, driven by economic and political tensions or driven by a changing climate, which will exacerbate another very big issue in the Middle East which is the availability of water.

We have a very accurate idea of what a world without oil revenues might be like. But the point is that you might not get those revenues anyway, so to continue to depend on those revenues for stability and security is a very dangerous approach to your future. You need to start thinking about how you make and orderly transition out of this dependence on oil.

If you just look at the UK, which I know the numbers for very well, first of all, about 65 billion pounds per year is revenue either from the fossil fuels, or from the corporations in the oil and gas industry. On top of that 65 billion per year which might dry up, you have also got 20% of all the pension fund revenues in Britain that come from the oil and gas industry. So you’re not just talking about a problem in developing countries, it is also a problem in the developed world.

What I think is important to remember is that most of the fossil fuels in the world are produced by state owned companies, who are not exposed to the same sort of pressure on the valuation. So for the international oil companies problem arise, but actually the capitalist system is quite good at working those problems out, and working through the decline in value. It won’t happen overnight. They won’t fall over like dead bodies. They will just decline in value. The real problem is for the national oil companies, who are state owned, because they have a much more difficult problem, and no easy way, or no obvious way to make a transition.

There is one politician who is making a serious step in the right direction and that is Obama. He has made a serious step against enormous internal opposition to say we have to deal with this problem, or this combination of problems, as we have said it’s not just one problem. We have got to deal with it and that’s going to take political leadership, and at least he has stood up to the plate. And in Europe I think to some extent Merkel has stood up to the plate. But there aren’t a lot of people on this stage.