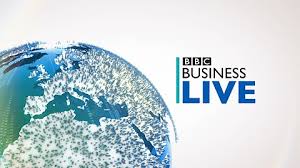 BBC: I’m joined by Tom Burke former UK government advisor on climate change, now Chairman of the environmental Think Tank E3G, which is Third Generation Environmentalism.  So there has been an awful lot of momentum leading up to this event in Paris and a lot of governments represented, and a many of them have already put down in writing what their plans are, surely that bodes for a good conference, do you think?

Tom Burke: I think you’re right about that. I think we are seeing a much more optimistic view of actually getting an agreement, whether that agreement will be enough, I think we’ve got to wait and see. But the French were very smart in getting the leaders in at the beginning. They are going to turn up in Paris today, they are going to make a speech, they are going to declare victory, and then they are going to go home. That makes it very difficult to have bad headlines at the end of the fortnight, so there will be a lot of toing and froing between the people in Paris and the Capitals at home, to make sure that the story stays consistent

BBC: And some of the statistics we have heard outline how catastrophic it could be, if more isn’t done, and done quickly to counter climate change. And businesses want some kind of strong outcome don’t they? Because of the cost to them if nothing is done.

Tom Burke: I think that’s right, I think the impact on the economy of climate change is just beginning to be understood, and there are still a lot of businesses that haven’t got their minds around it. There’s a great difference across the business community about who is going to be effected. For the fossil fuel industries clearly it’s going to be negative for them, but for all the opportunity seekers, people like Elon Musk, the electric vehicle developers, the new battery developers, the solar entrepreneurs, this is going to be a very good thing. For companies like Unilever, for the big retail companies, climate change is a real threat to their supply chain, so they are going to want a much quicker response by governments.

BBC: So from a practical view, what do you think businesses and organisations will be looking at, in terms of policy that they will need to implement in order to stick to the guidelines set by National governments?

Tom Burke: I think what businesses need most most from governments is consistency; there is no one policy that everybody needs to adopt everywhere, because circumstances are different and the business communities are different in different countries, but what they need is consistency, which that is exactly what we haven’t seen from the British Government recently.