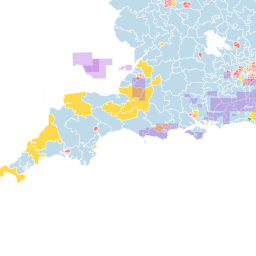 Glad to see that my idea of a fracking political map showing shale gas and MPs worked so well, and that it has generated stories in the Mail, FT and Standard.

Just under half the Cabinet may face drilling for shale gas or oil within their constituencies – according to an analysis of oil and gas drilling licenses issued by the Department of Energy and Climate change.

The analysis suggests that up to 13 members of the cabinet – including Energy Secretary Ed Davey, Chancellor George Osborne and Foreign Secretary William Hague – could see exploratory drilling in their seats over the coming years.

The analysis comes after Mr Osborne indicated he would lobby fellow Conservative MPs to support shale gas – even in their own constituencies.  Earlier his father-in-law Lord Howell had suggested that drilling should avoid the South focusing instead on the ‘desolate’ North East.

Liberal Democrat Energy Secretary, Ed Davey, also said he ‘loves’ fracking a position which was then criticised by his party President (and Northern MP) Tim Farron.